This event has passed.

Join Emmy award-winning host Luke Burbank for the first-ever Pendleton taping of Live Wire, the fastest growing entertainment show on public radio. We’ve got a late-night stride, an Oscar Wilde wit, and the charisma of Ferris Bueller grand marshaling a parade. Music, comedy, and conversation, live and packed with surprises.

Contemporary painter James Lavadour grew up in the foothills of the Blue Mountains on the Umatilla Reservation near Pendleton, Oregon. His work has a profound regional bearing— with his active landscape portraits of the American Northwest—but don’t think his acclaim is a regional affair. His work has been shown at the Smithsonian in DC, The Eiteljorg Museum in Indianapolis, and the Palazzo Bembo in the 2013 Venice Biennale. He’s also the co-founder of Crow’s Shadow Institute of the Arts, with the idea of using art as a transformative tool within the Native American community.

“Let’s go find out,” is the motto musician and former Live Wire producer Jim Brunberg coined for his podcast Roam Schooled. On the show Jim travels high and low in his trusty Winnebago to find answers to questions like why do we like gambling or how is the Earth going to end? The twist? Most of the questions are generated by Brunberg's twin seven year old daughters, Vern and Dana, and they come along for the expedition, on a show that The Guardian listed as one of the best podcasts of 2016.

Savage Love columnist and the “It Gets Better Project” mastermind Dan Savage takes us on a trip down sex advice memory lane, author and “Inside Amy Schumer” head writer Jessi Klein puts forth the compelling argument that taking baths actually makes one dirtier, Washington State Attorney General Bob Ferguson provides step-by-step instructions for how to sue your president, and alt-rocker Ayron Jones takes us out on a spine-chilling note.

Rodney Bonifer is the true troubadour of the Northwest. Bonifer spent his youth traveling between Oregon, Washington, Montana, Alaska, and the rest of the free-ranging West; farming, ranching, long-haul trucking, fishing, crabbing, roaming, roving, and anything else the law would let him do. Through it all, he took his guitar, and became an accomplished traveling musician, eventually making a name for himself as a musician in the Pendleton area. He’s a local legend, and he’s joining our family band for one night only. 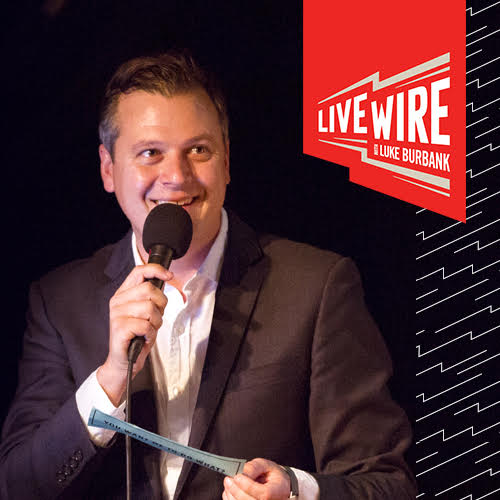